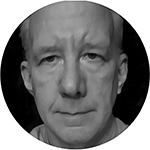 I wrote and self-published my first major works when I was in sixth grade. Using notebook paper, I created palm-sized comic booklets called The Adventures of Dr. Maums, which circulated around several classrooms. The little booklets always came back to me. A bit worn, but in one piece. Lots of people read them. I did about 30 of these. I’d say that’s when I knew I’d eventually be a professional fiction writer.

I have been writing fiction ever since. Most of my fiction has been stored away, as I worked day jobs, first in the advertising industry as a creative director and later as a software engineer.

I have published several software development books for such publishers as Sybex, IDG, and Wiley, and was a co-author of the industry classic, “HTML, XHTML, and CSS Bible” from Wiley (under the name Chuck White).

MagicLand is my debut novel. It’s a story about heroes.