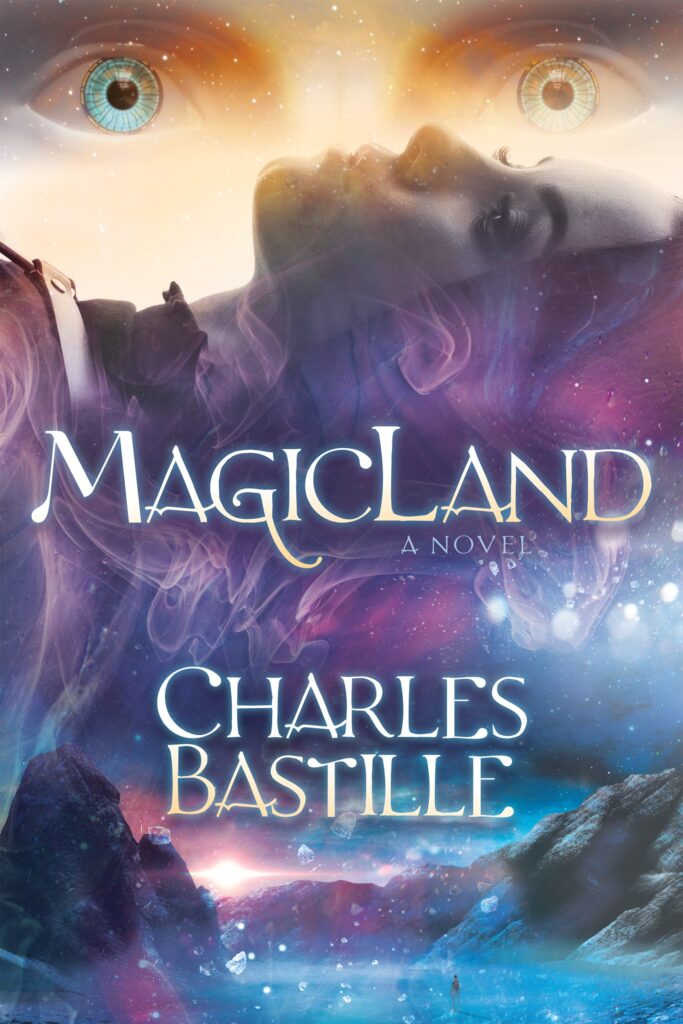 On a future Earth where magic and technology have been at war for two thousand years, can one kiss change the fate of the world?

When a young actor from Gath, Belex, crash lands outside the magic land known as Moria, he’s rescued by a young Morian priestess in waiting, Aurilena. The two find themselves drawn impossibly towards each other in the midst of a war between two distinct species of humanoids: her people, the magicians of Moria, and his people, the Gath, whose tremendous intellectual and physical capabilities are programmed into their DNA.

Together, the two discover a terrible secret that lies at the heart of the centuries old conflict between MagicLand and Gath. It’s a secret that leads to a kiss that could end the war once and for all. The only question is will it end in brutal violence or give way to an improbable peace between implacable enemies? The answer to that question may depend on whether Aurilena can discover the true source of power behind her unique gifts before it’s too late.

MagicLand, from New York publishing house Morgan James, will be available as an eBook in June, 2021, and trade paperback in December, 2021.

MagicLand Shorties are short stories set within various periods of the MagicLand timeline.

They involve new and different characters that are not in the novel. Here is a list of current MagicLand Shorties you can read now at no cost:

The Dragons Amongst Us
There are some who say that there is a third species. Not of Gath. Not of Moria. A species that has achieved complete mastery over genetics. Some say these beings live in the cylindrical moon, others say they dwell beneath the earth. If they exist, nobody has seen them. But evidence sometimes emerges with a destructive, mysterious force.

The Fires of Easterly
When I see the glows in the Easterly realm, I wonder if a firestarter like me gassed up some old industrial waste and created a fire that will never end.

Triage–Part One
A young woman returns home after the Third Eradication. Let the magic begin.

The First Reckless
There are some places augmented humans are not supposed to go.

The Death of Charlie Hollywood
His death brings new life into her world.

The Behavior Scale
If you think credit scores are problematic, wait until you see this.

The Graft Queen
He sliced the head clean off the Gath. Why didn’t it grow back?

Where Is MagicLand?
Stories of a land of magic abound. But are they real?