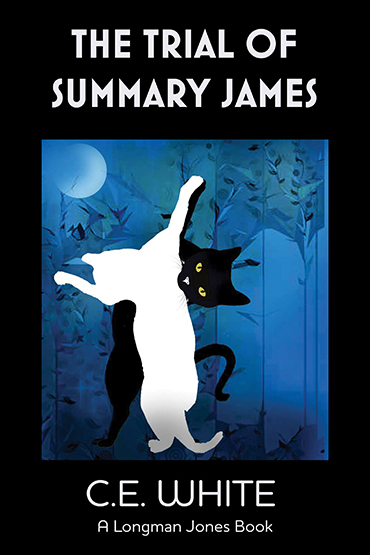 A Great African Nation Has Risen in North America. But Something Is... Wrong.

Longman Jones has seen several visions of murders. The problem is that those convicted of the murders are never the killers Longman sees. When Summary James is tried and convicted for a murder he didn’t commit, Longman is determined to rescue him from the nation’s only prison.

The Trial of Summary James is a novella set within an alternative history involving a North America where the United States was never born, because the colonists lost the Revolutionary War, the British freed the slaves, and a massive migration from Africa and the Caribbean empowered Black and Native Americans to help build a nation called the Carolina Union in their image.

It is a very different world from ours that Longman Jones and his love interest, an empath named Sonata Holmes, discover one another. Their world may allow them to avoid the prejudices they’d face in ours, but they still must confront an evil which has found its way into the very structures of society that were designed to protect them. As the two face up to their enemy, they quickly realize that solving the crime is the easy part. The real challenge is confronting dark forces that seem to have no end in sight.

Only 99 cents at these booksellers

Buy on Amazon
Buy on Apple
Google Play
Barnes & Noble
Buy on Kobo
We use cookies on our website to give you the most relevant experience by remembering your preferences and repeat visits. By clicking “Accept”, you consent to the use of ALL the cookies.
Cookie settingsACCEPT
Manage consent